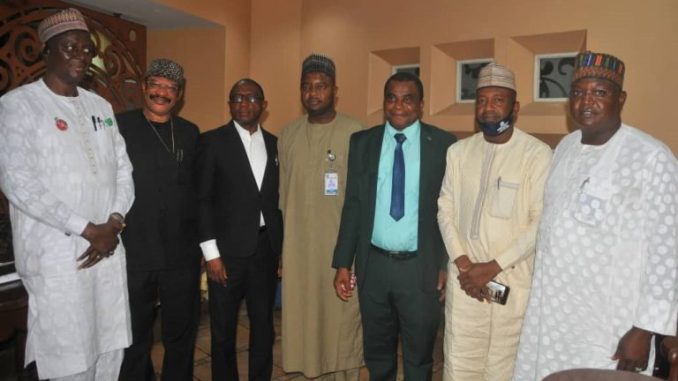 The Centre for Public Service Productivity and Development (CeProd) on Saturday in Abuja, urged the Federal Government to consider adopting flexible work model that would increase productivity in Nigeria.

The Director-General of CeProd, Dr Chris Egbu, made the call at the induction of the Executive Chairman of Gombe state Internal Revenue Service, Mr Abubakar Tata, and four others as fellows of the centre.

Egbu, however, said that those working from home must be evaluated based on output performance measurement metrics.

The Director-General said that the fellowship programme was organised to recognise and celebrate professionals and members of management team of organisations who played exceptional roles in enabling and facilitating growth in the economic space.

“And by extension contribute to the national Gross Domestic Product (GDP) through breaking new grounds in development, implementation and institutionalisation of culture of performance and productivity,’’ Egbu said.

The News Agency of Nigeria (NAN) reports that Tata and the four others who were drawn from various professional backgrounds were inducted after undergoing an intensive training course organised by the CeProd in Abuja.

Those also elected and inducted by the Board of CeProd are Mr Idris Eneye, the Commissioner representing Kogi State in the Federal Character Commission and Mr Emmanuel Kwaya, Director in Raw Materials Research and Development Council.

On his part, the President of CeProd, Prof. Sandeep Gupta, said their nominees as fellows was in recognition of professional standing and commitment to creating, maintaining, extending and promoting world standard in productivity and economy growth.

Mr Oloyede Adeniyi, Council Member, CeProd, said public and private sector should have a succession plan that would encourage best performing and productive staff take over leadership in organisations against the succession based on family relationship and political patronage.

“These are among factors that have hindered growth and productivity in Nigeria,’’ Adeniyi stressed.