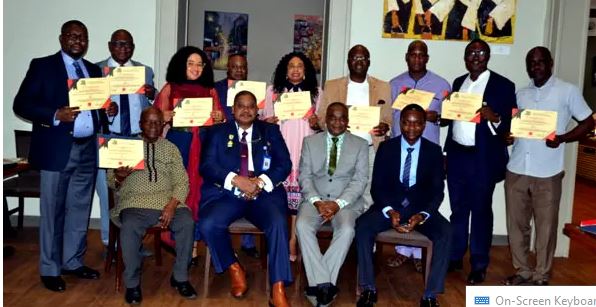 The Centre For Public Service Productivity And Development (CEPROD), has expressed worry over the declining rate of productivity in both the public and private sectors in Africa’s economy.  which the group, says has led to a decline in the quality of Life in Most African countries.

The group made this assertion at the induction of 11 members in Lagos recently.

“There is an alarming decline in Productivity in Africa’s National Economy especially in the Public Sector. This has led to a decline in quality of life in most Africa countries.”

“Despite the huge budgetary allocations in most African countries, the undeveloped economy syndrome still persists. There are manufacturing plants that produce below capacity, uncompetitive goods and services, millions of public sector workforce for that are mostly under utilized, unproductive and poorly remunerated.” the further also staed.

The centrality of Productivity to all sectors of the Africa economy calls for concerted efforts and measures to reverse the declining trends in the productivity of third world economies. Hence the intervention of CeProd .

According to the DG of CEDPROD, Dr, Chris Ebue, he said: “The goal of CeProd Membership is to help you find ways for you and your team to increase productivity at work and personal life. Growth is a science. It can be replicated. If you follow the same system adopted by outstanding performers. You will be able to adopt the methods of outstanding performers by your membership of CeProd.”

The Centre admits Individuals, Private and Public Sector Organizations which subscribe to the tenets of best productivity principles, values, standards and practices in their respective organizations as a crucial factor in  performance of organisations and nations. This is because increasing national productivity can raise living standards because more real income improves people’s ability to purchase goods and services, enjoy leisure, improve housing and education and contribute to social and environmental programs. Productivity growth can also help businesses to be more profitable.